How you got to where you were at weight/health-wise

My weight just kept creeping up over a long period, though it may have accelerated somewhat during my pregnancy with my son when I definitely over-ate, and then continued to do so afterwards. I made some half-hearted attempts to get it under control but could not stick to anything and had resigned myself to ever-increasing girth and an early grave as I had developed high blood pressure and joint and muscle problems, and what I think was signs of trigeminal neuralgia. By October 2012 I was around 105kg (over 16 stone; 230lbs)

What you have tried in the past to lose weight/get healthy? Why didn’t it work for you?

Over the years since middle-age onwards I tried a variety of diets including calorie counting, low fat, the ‘F’ plan diet, Rosemary Conley’s hip and thigh diet, Atkins. What happened with all of these was that I just gradually slipped out of the habit of sticking to them. Atkins was the most successful and if I had found a solution to the breakfast problem (I can’t stomach eggs for breakfast or any meat-based breakfast) I might have been able to continue with it. I guess that all the diets I tried were too inflexible and restrictive to be sustainable.

How did you find out about fasting?

I found out about the 5:2 diet from one of the other mums at my son’s football team who, while standing on the sidelines watching a match one day, mentioned that she had lost a fair bit of weight from fasting and but that she hadn’t yet noticed any improvement in memory which fasting was supposed to help. As I was worried at the time not only about my weight but also about my partner’s memory, my attention was caught immediately and I asked her about it. She told me about Michael Mosley’s Horizon documentary, which I had missed as I had been on holiday at the time, and as soon as I got home after the match I found the video online and watched it.

What appealed to you about it and made you decide to start it?

I found the documentary very compelling. The science spoke to me as being plausible but the fact that only two diet days a week were called for was very appealing. I started out doing the 5:2 diet the day after I watched the documentary.

What did you want to achieve?

At first, all I wanted to achieve was to lose some weight…even a 5% loss would have been a benefit. I had no idea at the start what I would be able to achieve. I thought I would give it 6 weeks and see what happened before deciding whether to continue.

Did you have a particular timescale in mind or other motivations (eg forthcoming events, a health scare etc)?

I hoped that by losing some weight I could bring my blood pressure under control and also relieve some of the joint pain.

How were your early fasting experiences?

My first fast was terrible. I felt awful, developed a splitting headache and did not sleep at all that night. The second one was 100% better and by the time I had done 4 fasts, I had no problems at all.

I did not weigh myself at the start (due to fear of what the scales would say) but after two weeks I felt I needed to know what was going on, so I weighed in (at 105kg) on 5th November 2012, about two weeks into the fasting journey. For the first 5 months I was losing about 1kg a week, which was amazing! When the first 6 weeks of my ‘trial period’ were up, there was no doubt in my mind that I would continue.

What did you do which made fasting sustainable for you?

From the outset I knew that having mini-meals would be impossible as it would not satisfy me and would be difficult to plan, so I started out fasting for the full 24 hours and then having all my 500 calories in a single evening meal. This meant that I could eat with the rest of the family, pretty much the same things apart from I would replace the potatoes or rice with more vegetables.

When it came to the summer holidays, after I had been following 5:2 for around 8 months I thought how I might be able to cope with them and keep on fasting. I decided that it would be convenient for me to skip breakfast and follow the 16:8 fasting pattern (in which one eats only during an 8-hour ‘eating window’ each day and fasts for the remaining 16 hours). That way I could join everyone in a normal lunch and dinner without causing any problems socially. It worked spectacularly well and I lost a further 1kg over my 3-week holiday which would normally have resulted in a 2kg or so gain! I was so happy with the 16:8 fasting style, I decided to continue with it and I now intend to carry on for the foreseeable future.

What do you like/dislike about it?

I love fasting as a way of controlling my weight. It is so flexible that it can be fitted around whatever my week holds. If I overeat at a party or whatever, I can easily just increase the amount of fasting I do in the week following, or even in advance of an evening event. I never need to feel, while fasting, that I am depriving myself as I know that I can have whatever I fancy when I am not fasting.

The only disadvantages I found was that when I was doing 5:2 fasting, I could not sleep on the evening of a fast day. I sleep badly anyway and the fast days were very bad for my insomnia. Happily this is not a problem with 16:8 and so that problem is solved. The second disadvantage is a slight tendency to constipation, but since I started taking a magnesium supplement to help my sleep and blood pressure, it also has helped with the constipation and so I now feel I have arrived at a really sustainable lifestyle which will enable me to maintain my new healthy weight indefinitely.

How did the loss/health benefits progress?

As might be expected, the weight loss did slow slightly and so now at the end of the weight-loss phase, my average rate of loss has been about 500g per week. After about 6 months my blood pressure had decreased enough that I could come off the medications. I also found that the signs of trigeminal neuralgia had disappeared (although this might be a coincidence as it is known to come and go).

When did people start to notice the changes in you?

It took quite a while before anyone noticed that I had lost any weight, probably because when you have a 40″ waist, a 2″ decrease in the waist is hardly noticeable. However, I remember that in about April (that was after 6 months) I needed to buy new clothes as my old trousers were falling down. When I went out in the new outfits, people started to notice, so I think that the better fitting clothes made the change in shape more obvious. Now people who have not seen me since I started losing weight are really astonished at the change. Even I am still constantly surprised by my reflection in the mirror!

When did you reach your goal?

How did you feel about reaching your goal?

I feel ecstatic about the success I have had and feel that I have been given a new lease of life. I can’t express how happy I am to have discovered this way of eating and my aim is to help as many other people gain this kind of success as I possibly can.

Did you find it easy/hard, fast/slow?

I feel very lucky that, for me, the journey has been astonishingly easy.

Have you considered how you plan to maintain? (or are you currently maintaining, and if so, how?)

I entered maintenance in the middle of May 2014. My plan is to continue 16:8 and to monitor my weight daily. I have in mind a maximum and minimum weight. If I go over the maximum I’ll increase the fasting or if I go below the minimum I will decrease the fasting. Easy. Thus far, my weight has remained fairly stable varying by no more than about 500g up or down on any one day. I am happy with that.

Update, September 2014. I have been maintaining for 4 months now and have continued with 16:8 almost every day (apart from two stays in a Bed and Breakfast where I did eat breakfast as I had paid for it!). In that time I have been on a three week summer holiday where I gained only 500g (1lb) and quickly lost it again. In fact, my weight has slowly gone down another kg (2lb) so that I am maintaining comfortably below my target.

Will you keep fasting in some form or have your eating habits changed in other ways to help you maintain?

As I believe that there are other benefits to fasting apart from just the weight loss I will certainly keep fasting.

Have you hit any bumps in the road while maintaining – i.e. continued unwanted weight loss, unexpected gains etc?

So far, so good. The slight extra weight loss is not unwanted as it allows me some scope to feel comfortable about indulging at birthday parties, Christmas and on holiday.

If you could give a new faster just one piece of advice based on your experience, what would it be?

Play with different ways of using fasting to create a system that suits you personally. This will mean that it will be sustainable for you and fit into your lifestyle.

Fasting in a Nutshell

Sum your experience up & ‘big-up’ fasting in around 25 words!

Simply not eating for a period a few days a week can give you the tools to create the healthy body you have always wanted. The Good, The Bad & The Ugly: 10 unexpected surprises when you start fasting – Part 1 What is intermittent fasting? 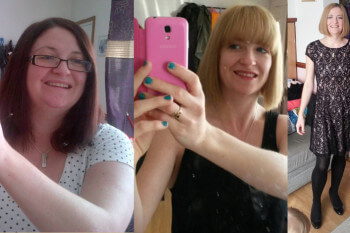